I remember reading Douglass Wallop’s 1954 novel The Year the Yankees Lost the Pennant in junior high school around 1960, not knowing at the time that it had been turned into  the hit 1955 Broadway musical Damn Yankees.

Wallop was born 100 years ago in Washington, attended the University of Maryland in College Park and clearly was a Nats fan, even though his book immortalized the futility of the Griffith franchise. Yet the team was just two years removed from its last winning season (1952) when the book was published and had finished fifth, dead even at 76-76, in 1953. Admittedly, the Nats were bad in 1947, ’48 and ’49, but 1949 was just the second time with Clark Griffith at the helm that Washington had finished in last place . (The 1944 eighth-place finish was a World War II aberration, coming in between two second-place finishes – themselves wartime aberrations.)

Wallop’s tale was a labor of love. It wasn’t like the sarcastic quip that kept being associated 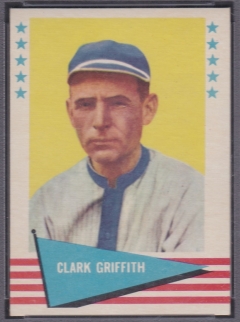 with Senators’ teams, even when the record under Griffith proved it factually inaccurate.

“Washington: First in war, first in peace and last in the American League” first appeared in the Washington Post on June 27, 1904, and is credited to Charles Dreyden, the era’s most famous baseball writer. When it was written, Washington had finished last for the first time in 1903, although it would do so a second time that season and twice more through 1911.

That suddenly changed when Clark Griffith took over for the 1912 season as manager and part owner. His first team won 91 games, helped enormously by the the first of two 30-win seasons in Walter Johnson’s great career. Johnson’s even better season in 1913 helped Griffith’s team win 90 games again. In fact, from Griffith’s arrival through the Nats’ last pennant winning season in 1933 – 22 seasons – Washington never finished last and had a cumulative record of 1,795 wins and 1,533 loses – a .539 winning percentage.

From 1924, the world championship season, through 1933, the last A.L. pennant winner, Washington was 878-651, a .574 winning percentage. By comparison, the Yankees played .604 ball over the same period while Connie Mack’s Athletics had a .602 winning percentage. Those were the two teams that won more games than the Senators over those 10 seasons.

The Big Train’s Hall of Fame plaque says he “won 414 games with a losing team behind him many years.”   If Johnson’s rookie year, when he came up in August, and his last season, when he essentially quit pitching in mid-season, are discounted, Johnson played full seasons on nine teams with winning records (two pennants and two second-place finishes) and 10 teams with losing records (one season was a game under .500 and another three games under.)  Between 1908 and 1926, Washington’s cumulative won-loss percentage was .486, in the middle of the pack and about the same as the Red Sox.

From 1955 to 1959, the original franchise’s seasons were awful. The ’55 last-place, 100-loss, season, paired with the success of Damn Yankees, may well have hastened the death of Griffith, by then 85, in October 1955. His nephew, Calvin, anxious to get out of town, had no great incentive to improve the team. Dryden’s shop-worn quip gained new currency.

Yet during Clark Griffith’s 44-year tenure, Washington finished last just three times. Any truth the “First in War” insult might have had before Griffith took over disappeared during his four decades at the helm.

I'm a retired daily newspaper journalist and life-long baseball fan. I write biographers of players when I can for the Bio Project and game stories for the Games Project. Please feel free to offer suggestions for blog post by emailing me at senators24@yahoo.com. View all posts by Andrew C. Sharp